Bircham Dyson Bell (BDB) are a London-based law firm who work with a broad array of clients across a wide range of sectors.

BDB knew that they had to grow as a company, which meant they had to attract another law firm to merge with. But, to the legal world, BDB looked like a company of ‘dusty old lawyers’ who weren’t at all modern and up to date.

From our initial meetings, we knew that this could not be farther from the truth, which meant that the challenge for us was to bring outside perception in line with the contemporary reality of BDB.

BDB wanted to be hands-on throughout the process, so we worked with a committee of senior BDB personnel at every stage of its development. Cleverly, this committee was chosen with a mix of progressively-oriented employees who were willing to embrace the idea of change, and, for balance, some of the more traditionally-minded members of the company who would perhaps need a little more convincing before any radical changes would be considered.

When we presented our initial creative routes for the rebrand we were prepared for a long discussion. To everyone’s surprise, not least their own, the committee quickly and unanimously opted for the most radical route. The core thought behind this route was: ‘Accentuate The Positive’. 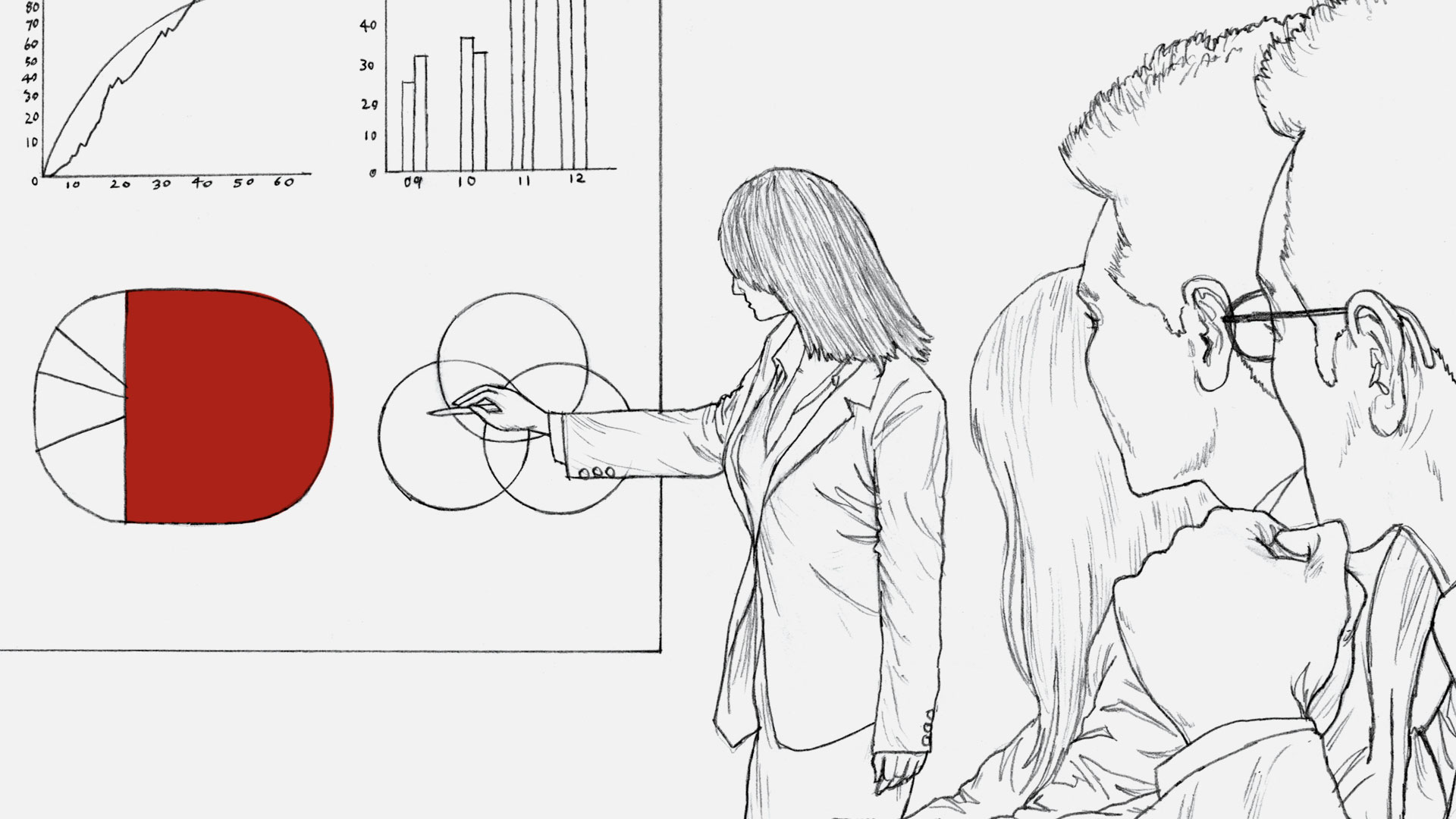 We created the new BDB marque using the five semi-circles of negative space that can be found inside each of those three letters. In this way, ‘BDB’ is spelled out by forcing the mind to trace around these semi-circles to discover the letterforms; literally accentuating the positive.

For the new brand’s visual language, we created a range of bespoke hand-drawn illustrations that explore the varied worlds of their clients. We chose a hand-drawn style to emphasise the personalised approach that BDB applies to all of their clients, and of which they’re justifiably very proud.

Within each illustration, we added the semi-circle from the marque as an accent to whichever part of the drawing was enabling positive change. For example, it’s the meeting table that people gather around, it’s the door of a safe, the sign pointing the way out of the maze.

In this way, the semi-circle is never a background object – it is the active and integral hero of every image.

By the end of the project we had created a new visual language, new logotype and new tone of voice, as well as a new typeface, colour palette, strapline, brand executions, corporate communications, and concept designs for interior workspaces. When BDB launched the new brand it infused their entire workforce with renewed energy and clarity as they set out to live and breathe their new identity.

BDB’s goal to expand was achieved in April 2014 when they announced a successful merger with Ambrose Appelbe, creating a 47-partner practice and a combined annual turnover in excess of £33 million.