UK Broadband provide wireless internet solutions throughout Great Britain and they own the largest amount of 4G-ready radio spectrum in the country.

Putting that in plain english; all wireless communications – whether they’re radio stations, television channels, or sat-nav directions for your car – reach you via the national radio spectrum, and UK Broadband owns the largest array of frequencies that smartphone and tablet users can connect to for high-speed 4G internet.

This meant that UK Broadband were able to formulate a brand new high-speed 4G network in central London, their only problem was they weren’t sure exactly who they should be offering it to.

“Turquoise were fantastic to work with, both on the strategy and creative work, and we love the Relish brand they created.”

Our research showed us that consumers on the go were struggling to find adequate and reliable high-speed broadband connections.

On the business side, start-ups inside of London’s ‘Tech City’ were dismayed by the lack of sufficient broadband access, while companies in the city were discovering that they weren’t allowed to dig up the historic pavements outside their offices to install fibre optic cabling.

We were convinced that there was an equally strong appetite across both consumer and business markets inside Central London, so we embarked on the creation of a brand that would connect with the needs of both markets.

“We wanted to stay away from the vernacular of speed. We wanted convenience and ease of use to be Relish's core message.” 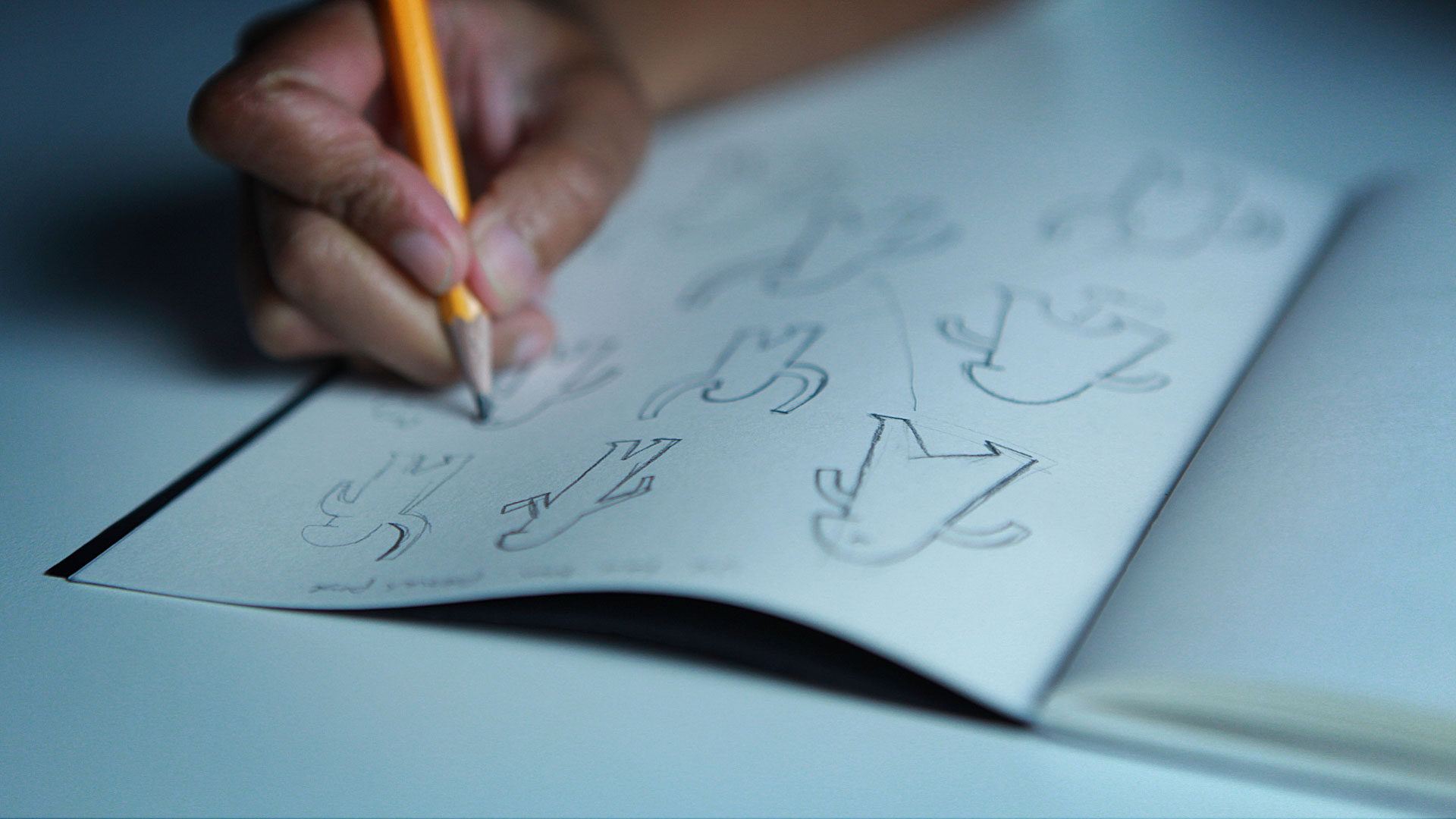 The hardware component of the new network is two distinct products: a roaming ‘pocket hub’ for broadband access on the go, and a static ‘home hub’ that provides an indoor wireless broadband connection without any requirement for a landline.

This last part was the game changer, because it frees customers from having to pay for a landline that they don’t use, just to get broadband access.

We brought this key element of the new service to the very front of our thinking when we defined the brand’s core proposition as: ‘Liberating Londoners To Do More’.

Brand naming is always a challenging task, but finding a name that’s succinct, memorable, and is also available as a web domain is a uniquely modern obstacle that all new brands have to find their way through.

After a lot of heartache and hair-pulling we struck upon ‘Relish’ – a name that signifies enjoyment as well as ‘an added extra’ which we felt was a match because of how the new service can be added onto a person’s existing mobile phone service to enhance their overall broadband access.

With both the name and the creative execution we chose to avoid the language of ‘speed’ and focus instead on ‘ease of use’. Every other service provider at that time was talking about and interpreting speed as their competitive argument, and we wanted Relish to distinguish itself in the market with an appealing and different message. 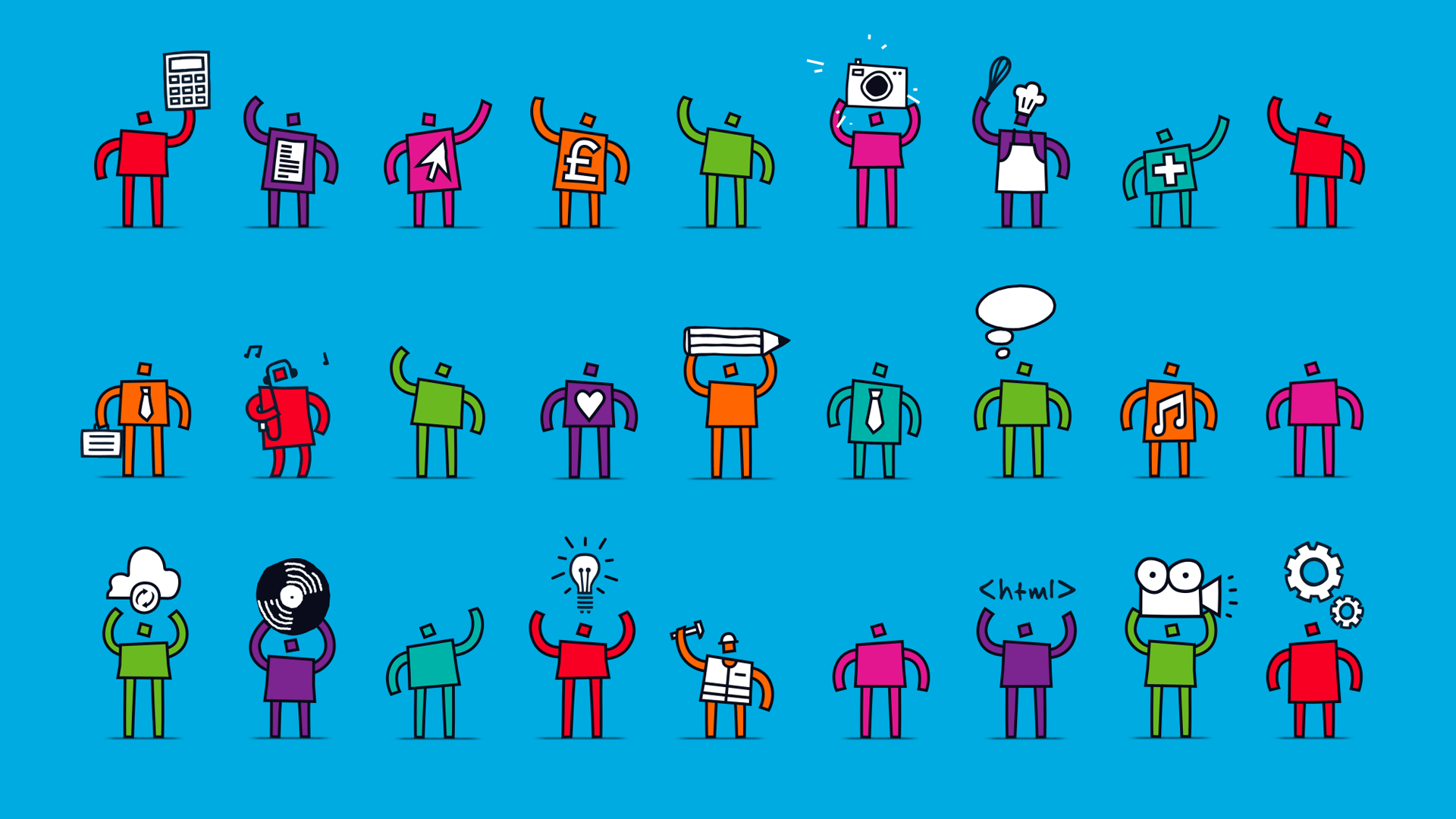 We felt the best way to bring ‘ease of use’ to life would be to focus on the very people that Relish had been created for, so we created a range of illustrative characters that represent London’s ‘Productive People’.

They have large, blocky bodies so they can serve as housing devices for simple graphical elements that signify what their specific need is that Relish fulfills. When we first shared the Productive People with UK Broadband they immediately saw the wide-ranging potential these characters had for articulating the many benefits that their new service would provide.

UK Broadband chose the Tate Modern members bar as the venue for Relish’s Press launch, because the view from here across London’s skyline is the real-life equivalent to the backdrop we had designed as part of Relish’s visual language.

We worked hand in hand with UK broadband at every stage of Relish’s development, from building the proposition, creating the name, developing the identity, and formulating the launch strategy. Since it’s launched, Relish has been awarded for Best Broadband Innovation at the uSwitch Broadband Awards 2015.

Best Use Of Copy Style/Tone Of Voice
Bronze, Transform Europe 2015